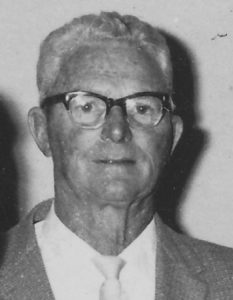 As a young man he remembered wearing woollen neck to knee swimming costumes which became water logged and made it almost impossible to swim.

A Beach Inspector – innovator for Club Rules – instrumental for building the first Clubhouse and served on the Committee for many years.