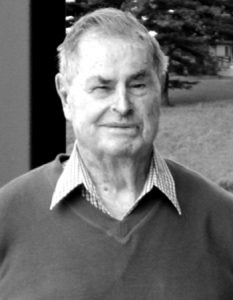 Even though Eddie Scott & John Bloomfield were great mates they were fierce competitors in the Surf sharing first and second places regularly at Branch Carnivals. John Bloomfield became Australian Junior Surf Champion 1950/51.  John now resides in Perth and both remain good friends.  Eddie became the ultimate Surf Life Saver gaining 100% Patrol proficiency every year until his retirement.  His son Brian joined his Dad’s Patrol after receiving his Bronze Medallion 1967 under his Father’s tuition. Congratulations were in order to Ted Scott for not only obtaining his Instructor’s Certificate, but for the fact that he established a club record for the number of awards obtained under his tuition 1967.

Ted Scott was the “Unofficial Police Diver” for several years.  He lived and worked as a brick layer locally and was called upon to do this grim task at any hour of the day or night many times.

“I am writing to convey to you the sincere appreciation of the Police Authorities for your valuable assistance on each of the occasions mentioned”. signed N.T.W. Allan, Commissioner of Police