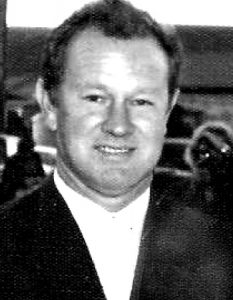 Eddie Carrick and Bruce Piggott became good mates when Bruce came with his family to live in Kiama after the war.

A builder by trade he was the principal overseer of construction of the building of the Club House and his contribution and hours worked were unsurpassed.  Eddie, Dallas Tidmarsh and Peter Raison were called while working on the Club house one Sunday 1969 to assist two board riders in distress off blowhole point.  Eddie had just purchased a powerful boat and hundreds gathered at the harbour to witness the rescue in the mountainous seas.