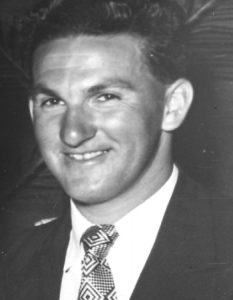 Dallas was the sweep in the team that won the State Boat Race title at Kempsey-Crescent Heads 20th February, 1960. Dallas and “Spaz” Hurst were considered to be the best sweeps on the south coast and the state at the time.

He was a driving force to complete the building of the Club House and worked tirelessly until completion.  He also performed outstanding contributions to the movement as a Committeeman, Coach for junior boat crews – Illawarra  Branch delegate and Patrol Captain and a force in the formation of the local swimming Club.

Dallas, Eddie Carrick and Peter Raison staged a dramatic rescue of two board riders 1969. Islma was a member of the Ladies Auxiliary.