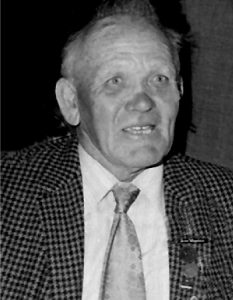 Leo was also in the photograph with Harold in 1929 and was an essential part in patrolling the beach when membership was depleted during the war years.  He and Harold were employed at the Steelworks to make gun barrels for the army and being an essential service they were not eligible to join the forces.

He was a driving force in visualising a Club House that would provide for the community well into the future.  After many years and many heated discussions with Council the task of building with voluntary labour was underway.

We were grateful to Leo for his persistence, his untiring efforts on the construction site and the extraordinary efforts where he managed to raise funds or receive donations of materials no matter how small.

Also, grateful to Leo for keeping the original Minute Books and memorabilia which was invaluable in the History of the Club and the community..