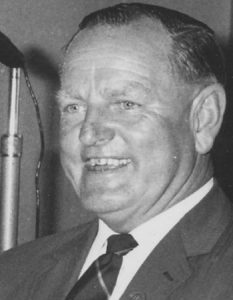 Harold was a Member of the 6 man Championship R&R team and March Past Team but unfortunately the team was disbanded because of the Second World War when Club members were depleted as they joined the forces.  Harold became an essential part of surf life saving at Kiama and was responsible for several dramatic rescues during this period.  He and Leo were employed at the Steelworks to make gun barrels for the army and being an essential service they were not eligible to join the forces.

He was Awarded The Bronze Medal from the Royal Shipwreck Relief & Humane Society of N.S.W. in 1942 for the rescue of  a couple on their honeymoon at Surf Beach – sadly the wife could not be revived – Harold was 24yrs.

He was a great inspiration recalling memories during the project of the 100 year History book of the Club but sadly passed away just prior to the launch.