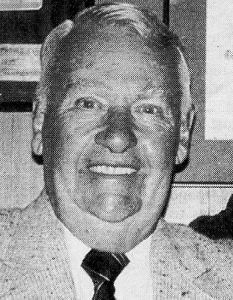 Ernie was also the instigator to establish a Radio Room and supported Vince in every effort and finally succeeded in achieving a Communications Radio system which was the state of the art for an area from Stanwell Park in the north to the Victorian border in the south.

Ernie was also offsider to Vince at the Grand each Friday to conduct the Meat Raffle. When Ron Corby, a boat builder by trade, took on the task to build “Karawatha” (A place of pines) 1970, Ernie put up his hand to be his assistant and helped produce a magnificent craft.